How it all started...

I decided early 2016 that it was finally the right time in my life to get a dog. My research into which breed would suit me best took me to German Shepherd dogs and my research into which dog food took me to raw. By chance the GSD breeder I wanted to get a puppy from was a raw feeder so all good and I picked up an 8 week old GSD ball of energy (Kern) in September 2016. However, the problem I encountered was where I could buy the raw dog food. I thought it would be no problem to find a shop selling raw dog food, but I discovered at that time that there were very few specialist raw dog food retailers, the choice was mainly online with deliveries, which wasn’t convenient for me. It was then that I had the idea to set up a shop and discussed the idea with my Dad, ‘that sounds really good, I think you may have something there’ was his reply. My Dad sadly passed away in December 2017 and it was a couple of months later that I decided to follow through with my idea and so I officially opened the doors to Canine Raw & More 1 August 2018…it has been a real lifestyle change, but I love it, I get to spend so much time with Kern and meet lots of dog loving people and their dogs!

Why customers love us? 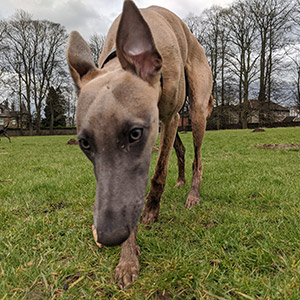 Will Woolley

Customer
Read More
Excellent company. Gail is very knowledgeable and has lots of choice in stock. My Ed loves his weekly trip to pick up his food and never leaves an empty bowl. Highly Recommend